At that time had a few characteristics that made it unique to the rest of cars, mainly that was hybrid and its aerodynamic silhouette called Kammback.

Years later and nowadays, the hybrids are popularly known, but at that time it was not so much and the next questions were frequent:

In my city there were very few hybrids.

I also have to say the maintenance of the vehicle always happened in the workshop of the official dealer where I bought it and always within the timeframe indicated: every year or 15,000km

I can't compare because of being my first vehicle, but compared to vehicles of friends and relatives of similar segment, the revisions appear to be equal or somewhat smaller. Depending on the revision that was, the price varied between 80 and 240 € in Spain.

In addition, there were elements that I never had to change, like the brakes (neither discs nor pills). I always tried as much as possible to take advantage of the deceleration and the regenerative brake to not use the mechanical brakes, first for not to waste them and second to store energy in the hybrid battery that is used later.

One anecdote about reliability

I never had a breakdown, but there was only one time that the car failed me.

And perhaps at the worst possible moment: a cold January morning that the car was in the street, when we needed to go quickly to the hospital because my son Aitor was going to be born, the car did not start when the button was pressed.

In the afternoon of that same day, I went to try to start the engine and yes, it started at the first try.

It was the 12V battery, the battery service that all the cars have, which began to accuse the almost 6 years that it was lasting and next to the cold of that moment, prevented it from fulfilling its mission.

What a day and a moment to fail, right?

Some comments about it: 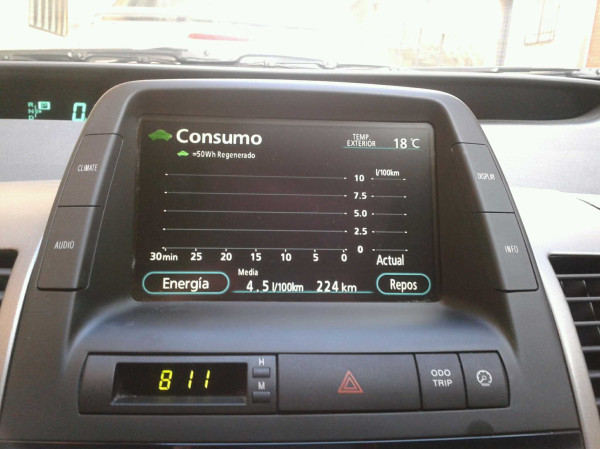 Does it pay off

Comparing similar cars of their size in those years and their consumption, with expenses of maintenance, taxes, etc. I think clearly that yes, the superior price of purchase is compensated with its lower costs in fuel, maintenance and taxes.

Would you repeat with a hybrid?

Leave a comment with what you think about hybrid cars and with any question or doubt you have :)

How to use Git tags

In order to mark the current state of a Git repo for important points in history, like releases, you…